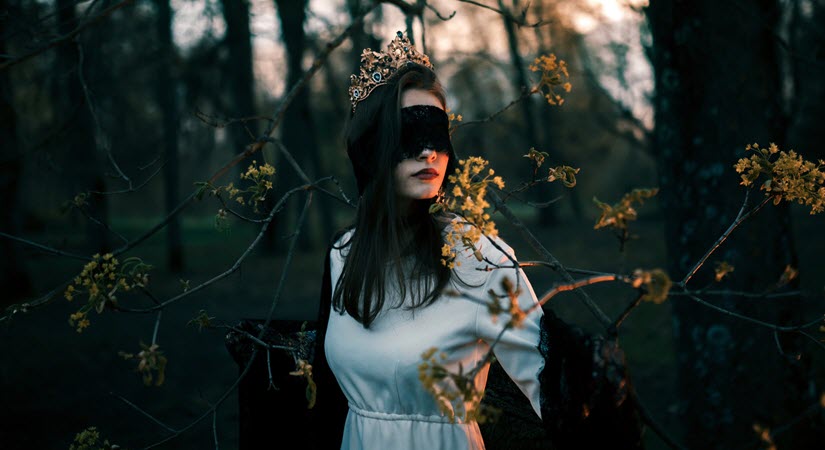 The U.S. economy teeters between two catastrophes: wild and untamed hyperinflation that turns cash into wallpaper, or an epic crash that would make 2008 look like a day at the beach. Federal Reserve Chairman Jerome Powell has led the U.S. government’s monetary policy to this point.

He will need to thread the needle between the two economic disasters, between the frying pan and the fire, to return the U.S. economy to any form of sustainable prosperity.

Is that kind of miracle even possible?

We will start with the obvious issue: December’s inflation report of 7% year-over-year price increases. That’s at the end an entire year where inflation rose steadily for eleven of twelve months. August, the exception, saw a 0.1% decline.

In addition, what Powell endlessly assured us was merely “transitory” inflation, a “blip,” caused by “supply chain snarls” and so on? It’s the highest we’ve seen in 40 years.

Most of our readers who have a little gray in their hair may remember how grim the stagflationary crisis of the late 70s and early 80s was. However, the average American is only 38 years old. They most likely have no idea what we’re facing, even while watching their personal expenses go up month after month.

And make no mistake, those expenses have gone up quite a bit for virtually everyone.

The Bureau of Labor and Statistics (BLS) report revealed the prices that rose the most in December 2021 :

If you find this list depressing, I’m afraid your solace isn’t immune to this trend… Distilled spirits (excluding whiskey) rose 3.4% in price.

Good news for wine drinkers, though! You can toast Chairman Powell’s health 0.1% less expensively than one year ago. (Alas, you’d need to down a truly unhealthy amount of merlot to balance the books.)

How many times were we told this was totally temporary, that it would pass? Or that it was just a “first world problem”? The fact is, virtually every single thing you can buy has gone up over 2% in price. What happened to the Fed’s “target”?

Along with wine, smartphones have also declined in price. Well, that’s a relief! Maybe everything else will stop getting more expensive?

See, the producer price index (PPI) measures the business side of inflation, measuring things like raw materials, parts and cost of labor. It’s a gauge of rising prices in the future. December’s report was released Thursday the 13th, and it wasn’t pretty. Not even the BLS press release tried to soften the blow:

final demand prices moved up 9.7 percent in 2021, the largest calendar-year increase since data were first calculated in 2010. [emphasis added]

Long story short, price rises just aren’t likely to ease up anytime soon. Based on the PPI, they’re going to go up even more.

Just to test this hypothesis, we downloaded the Fed’s data on CPI and PPI all the way back to 1976 and found a correlation of 0.99 between the two datasets (a correlation of 1.0 means the two numbers move in perfect sync).

So, that’s the frying-pan side of things. Prices skyrocketing (except on wine and smartphones!), squeezing middle-class Americans tighter and tighter.

Chairman Powell has pledged to do just that. But not in a hurry.

Here’s why we’re still stuck in the frying pan…

Jerome Powell finally changed his tune the effects the Fed’s policies were having in the U.S. back in December. Here’s what he said, according to the Federal Open Market Committee (FOMC) minutes from December 15th:

Supply and demand imbalances related to the pandemic and the reopening of the economy have continued to contribute to elevated levels of inflation.

In response, the Fed has shifted course to much tighter monetary policy. Instead of quantitative easing (QE, or “printing money”) the Fed will soon embark on quantitative tightening. That process includes raising the Fed funds rate and, eventually, selling off the $8 trillion plus of assets the Fed’s sitting on today.

This pivot was inevitable at some point. However, now it’s also coming “sooner, faster, and bigger,” according to Wolf Richter. In response to this policy pivot, Wall Street had a mini-meltdown in early January, with all major indices plunging. The most speculative assets (extremely overvalued tech stocks, cryptocurrencies and the like) were hit hardest.

According to another Wolf Richter analysis, even though the Fed hasn’t yet lifted its main borrowing rate, the markets are already reacting beyond their initial plunge:

Wolf wondered if this was the end of the “everything bubble.”

Wall Street knows that the end of low rates and easy money could be a disaster, and traders are hyperventilating:

U.S. stocks resumed their sell-off on Monday as government bond yields continued to trek upward, a hint that many traders are certain the Fed will soon hike rates. Traders say the pressure on U.S. stocks isn’t thanks to material concerns about the economy, but portfolio repositioning for higher borrowing costs.

Jan Hatzius, chief economist at Goldman Sachs, thinks that Powell lead the economy out of the frying pan, into a fiery market crash. The recent volatility we’ve seen in prices certainly indicates even the most courageous of stock bulls have one eye on the exits.

But there might be an even bigger problem for Powell to solve at what Wolf Richter called “The Most Reckless Fed Ever,” and explains why we shouldn’t compare this inflationary frying pan to 1982:

No matter how you slice it, back in 1982 the frying pan was just as hot as it is today, but the collateral damage from a fiery market collapse is a whole lot worse.

Is it possible Chairman Powell can rescue our economy? Absolutely! We really hope he has the skill and the guts to bring the nation through this perilous time.

While prudent investors hope for the best, they also know it’s wise to prepare for the worst.

Chairman Powell’s efforts will succeed, or they won’t. There’s no fortune-teller whispering future economic forecasts into our ears.

Regardless, one thing is absolutely clear. It’s time, right now, to be prudent in your own savings and investing. Chairman Powell isn’t going to consult you before making his policy decisions. You probably shouldn’t worry too much about what he’d think of your personal financial decisions either.

In times like these, it’s smart to review your financial plans. Consider the risks inherent in your investments, and rebalance them as you see fit. Prudent investors will likely want to learn how to diversify their retirement savings with “fire-proof” assets that tolerate, and even thrive, in uncertain environments. Fidelity International’s Maike Currie has a suggestion:

Real assets are an important part of any well-diversified portfolio, with commodities a powerful hedge against inflation.
Investment idea: […] exposure to gold, which many believe could be the surprise investment of 2022. Gold performs well when other assets do badly, and it does best when people lose confidence in central banks’ abilities to contain a crisis.

She’s right. Commodities are a good hedge against inflation. Particularly physical precious metals like gold and silver are widely regarded as safe-haven assets even when everything else is burning.

Prudent investors know the right time to prepare is before the fire starts. If you haven’t already taken these steps, we strongly encourage you to do so. Don’t let your financial future turn to ashes.